Concept plans for the first phase of Woodstock’s City Center project show the 4-acre site at the southeast corner of East Main Street and Arnold Mill Road. The area includes the former site of Morgan’s Ace Hardware and other vacant parcels owned by the city and the Downtown Development Authority.

The city of Woodstock recently released the long-awaited plans. The site will feature a six-level, 647-car parking deck with entrances on three levels, allowing for efficiencies in access and circulation within the structure. Retail, office, living and entertainment space also are included in the plans.

Addressing traffic concerns is a focus. In addition to the new structures, improvements planned for public infrastructure include realignment of Chambers Street and the elimination of a portion of East Main Street to improve access in and out of the existing commercial district.

Infrastructure projects total more than $5 million and are designed to improve vehicular and pedestrian access to downtown. These include the Hub Transformation project and the recently awarded Arnold Mill Streetscape project.

The private development partner, Morris and Fellows, was selected through a request for qualifications in 2015 for the entirety of City Center. The firm was the original commercial partner in the adjoining Woodstock Downtown mixed-use project, developed in the early 2000s. Morris and Fellows agreed to a letter of intent in February and will manage construction of the public infrastructure and build privately owned buildings that feature additional retail, restaurant and office opportunities, as well as a boutique hotel with community event space. The privately held land will be purchased from the city for $1.5 million.

“I have not worked with any city that has capitalized on a private development and continued to invest in placemaking and community-building as well as Woodstock has done since the original project we were part of,” said Cheri Morris, president of Morris and Fellows. “We are excited to partner with the city on the next transformational phase of downtown Woodstock and provide additional opportunities for businesses and consumers to join the already successful downtown.”

The City Council decided to take the lead on the vision for this site due to development proposals that were incompatible with the existing fabric of downtown. The city closed on the 2.2-acre Morgan’s Ace Hardware property, following its relocation in late 2021, for $3.8 million.

“The Woodstock City Center project represents a generational opportunity to add retail, office, hotel and critically important parking and infrastructure to one of the most popular downtown destinations in Georgia,” Mayor Michael Caldwell said. “I am excited to see our city’s skyline transform, and for the exciting benefits this will bring for every Woodstock resident and visitor.”
Work on portions of the infrastructure related to City Center is anticipated to begin in the next six months, with project completion to take three years. The city will be unveiling a website for information on this project shortly; it will include leasing information and project updates as they become available. To learn more about the city of Woodstock, go to woodstockga.gov. 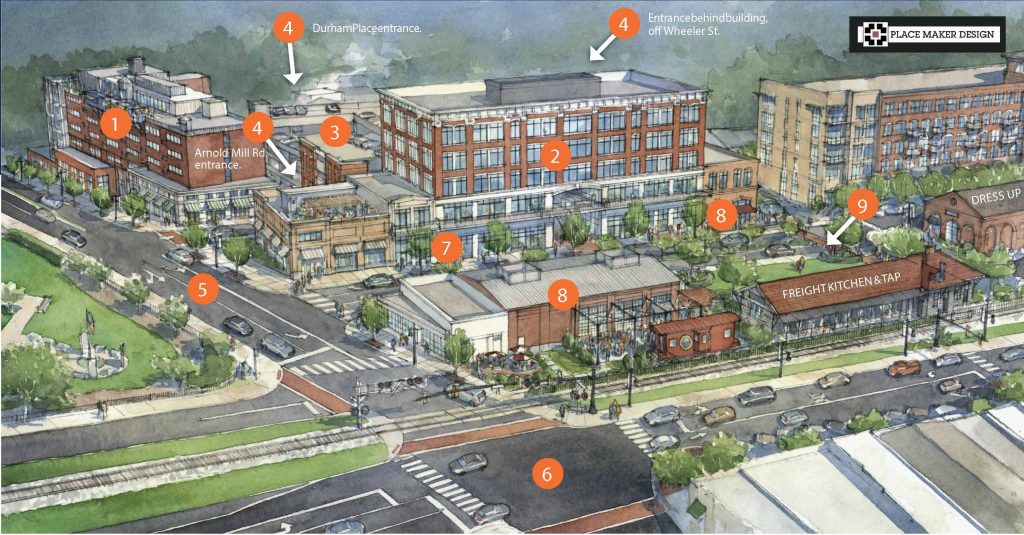 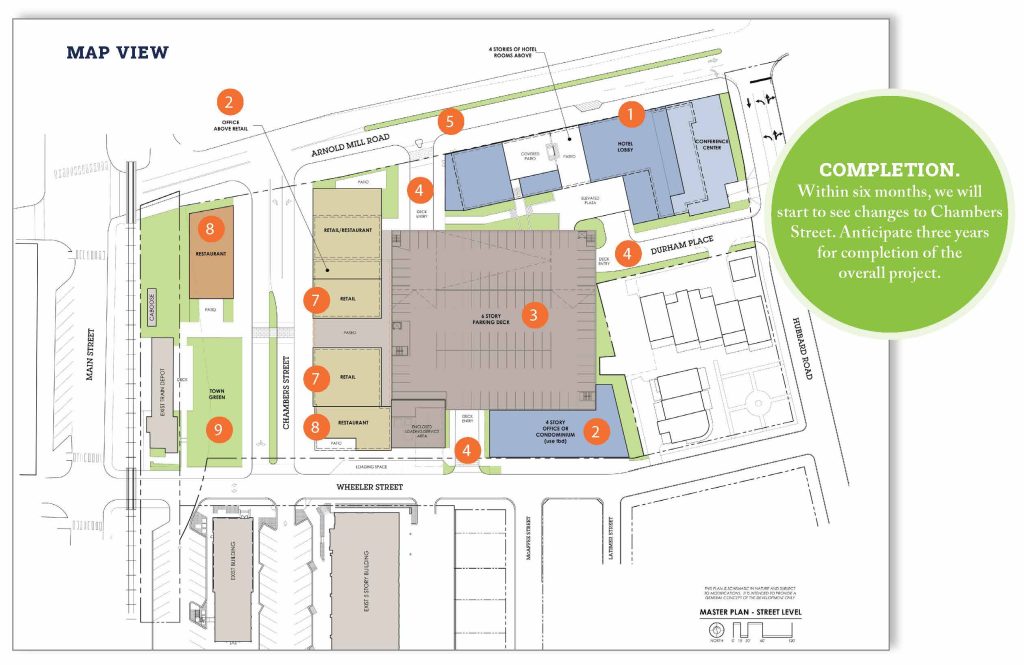 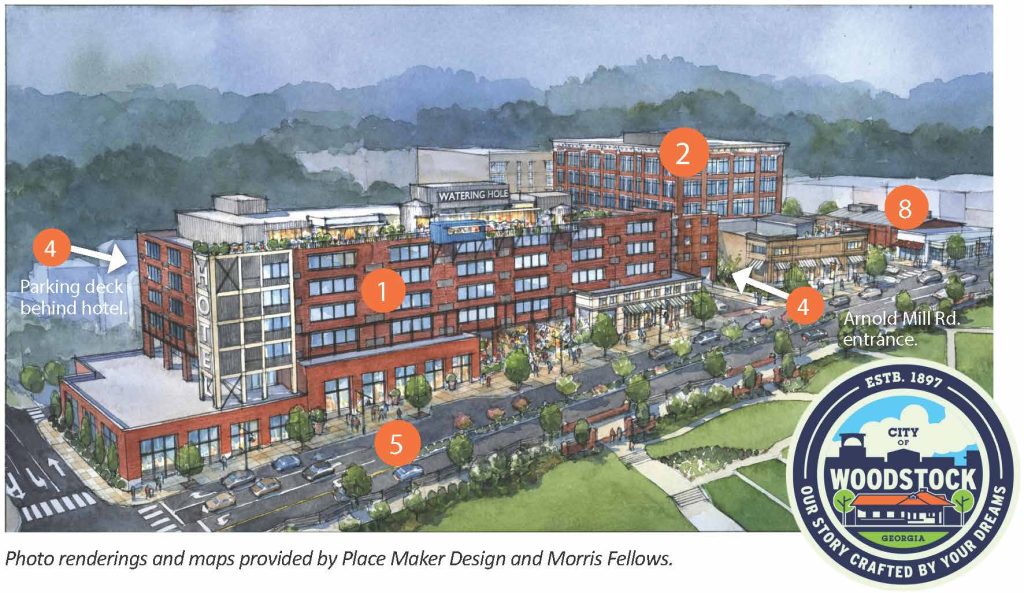