There is no doubt that Woodstock is a great place to work and live! The evidence just keeps piling up! This time, Woodstock has been named among the best small cities for working parents.

Nerdwallet, a company that strives to educate consumers about finance, points to the U.S. Census Bureau’s American Community Survey to point out that 63% of families with children have two parents in the work force. When researching cities across the nation that would make a great place for working parents, nerd wallet considered population size, affordability, school quality, and income potential. 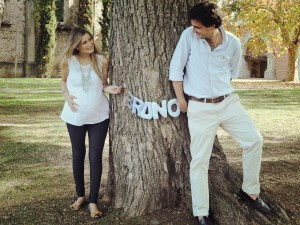 Woodstock is within the Greater Metro Atlanta Area

As a growing community, Woodstock is definitely within the commutable distance from Atlanta. The sheer volume of job opportunities throughout the greater metro Atlanta area point to the potential for family and household income. Woodstock came in 86th on the list of best small cities for working parents with an average commute time of 33.1 minutes, and a median income for families with children of $91,307.

Nerdwallet considered data from greatschools.org in an effort to determine the overall quality of the education system in place. According to the greatschools.com, Woodstock has a score of 8 out of 10 possible points for the greatschools.com rating. It is important to remember that each school varies within Woodstock, and that schools in Woodstock are part of the Cherokee County School District which is the ninth largest school district in the state.

Cities across the country with populations ranging from 25,000 to 100,000 residents were considered for this study. Given that range as a data point, then Woodstock still falls into the small city category with a population of 26,890 according to 2013 data.

The monthly housing costs and yearly childcare expenditures for both infants and young children (4 years of age) were considered when factoring affordability. The monthly homeowner costs were reported at $1,313. The annual expense for infant childcare totaled and average of $7,025, and $5,947 for a 4-year-old.