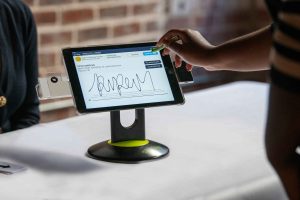 Secretary of State Brad Raffensperger has announced the Georgia primary election has been moved to June 9, due to health and safety concerns surrounding COVID-19. Early voting starts May 18; voter registration will end May 11. All precincts will be open on June 9.

Voters are encouraged to vote by mail; every active Georgia voter has been sent an application to apply for a ballot, according to Kim Stancil, director of Cherokee County Elections and Registration. Ballots also are available at http://voter.cherokeega.com.

It’s the second time the state’s presidential primary has been delayed, after originally being set for March 24. Raffensperger’s office indicated delaying it and the local primaries again would be tough, since holding the primaries past June 9 could conflict with federal law requiring certain deadlines for runoff results and ballot creation to be met for the Nov. 3 general election.