If you’re a little bummed that the city of Woodstock is not hosting its annual Summer Concert Series due to the construction of its new amphitheater, then keep reading because this could be a new favorite event. Main Street Woodstock and the city of Woodstock are introducing a one-day, multi-stage music festival to be held throughout downtown -Tracks on Main! 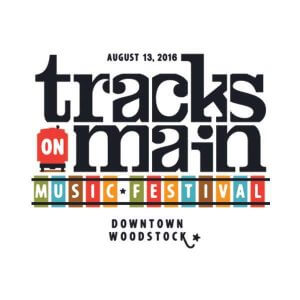 “Due to the construction of the amphitheater this year, we were challenged by the community to come up with new programming that continues to promote downtown Woodstock as a live music destination,” said Brian Stockton, Economic and Downtown Development Director for Woodstock. “We think this new original music festival being located throughout several venues downtown will really showcase the community’s love for live music and allow visitors the chance to get out and experience all that we have to offer.”

Not sure about you all, but we’re excited about this (hopefully) new annual event. Tracks on Main will feature 14 bands spread throughout three stages: the local stage on Wheeler Street behind the Chambers Street shops, the gazebo at the Park at City Center and the Resurgens Orthopedics Stage at Elm Street Event Green. The headliner is the Nashville-based band Humming House.

The Park at City Center