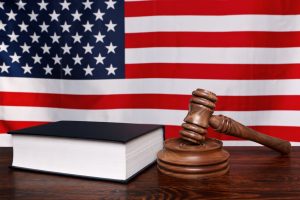 In my 15 years as mayor of Woodstock, and four years before that as a city councilman, I’ve never received as many questions about one issue as I do concerning the Morgan’s Ace Hardware site. A week doesn’t go by that the question isn’t asked, “What’s going to happen at the site?” or, “When is Morgan’s moving out?”

Here’s the scoop: We don’t know exactly when they are moving to their new site on North Main Street. It’s anticipated that sometime in spring, depending on the weather, they will move out. At that point, demolition will take place of the building and all accessory equipment and structures.

What happens at that point is still up in the air. Don’t misunderstand, we know what we want to see on the site. We just don’t know when it will happen. Financing is the unknown.

The draft plans call for, first and foremost, a parking deck. It should accommodate in excess of 400 cars. Next would be a boutique hotel, maybe 80-90 rooms, with balconies facing Arnold Mill. Imagine renting a room and being able to overlook a concert at the amphitheater — pretty cool. The rest, we imagine, would be retail, restaurants and possibly some office space.

We already have selected a private developer to see the project through. Sherry and Terry Morris were instrumental in developing downtown Woodstock, as well as the new downtown core of Alpharetta. They know the area, and know what we are looking for.

The council’s decision at this point is how to fund the project. We have succeeded in attaining an S&P of AA, and a Moody’s bond rating of Aa2, which allows the city to secure bonds at very low interest rates. The downside, of course, is committing the city to 10 or more years of debt.

To me, the integral part of the project is the parking deck. It is a much-needed improvement to the downtown area, and will provide the most bang for our buck. At about $17,000 or more per space, that brings it to a total of between $7 million and $9 million. Yes, it’s a hefty price tag, but anyone who knows what’s happening in the world of construction, and the rising costs of building materials, will understand why it seems so high.

There lay the big decisions that the council and I need to make in the next year. We do not take these issues lightly. We know what it means for the future of Woodstock.

By Donnie Henriques; he started his community service as a city council member in 1999, and is serving his fourth term as mayor.