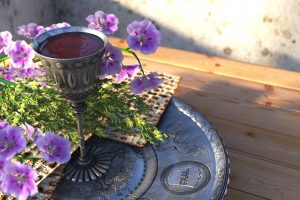 On the eve of April 8, millions of Jewish people will begin celebrating Passover.

In the 23rd chapter of Leviticus, God commands his reluctant, but obedient, servant Moses to “tell the people of Israel: ‘The feasts of the Lord, which you are to proclaim as holy convocations are my feasts … In the first month (of the Biblical calendar), on the fourteenth day, at sundown, comes Passover for the Lord.’”

Jews throughout the world celebrate this feast in obedience to the Scriptural command to commemorate the Exodus account — when God liberated the Israelites out of slavery in Egypt.

The term Passover, from the Hebrew Pesach, memorializes the final plague placed upon Egypt, as a result of Pharaoh’s unwillingness to release the Israelites. That final plague, when the Angel of Death passed through the land, causing all first-born males to die, was a horribly sad, but necessary, event to free the Israelites. The only opportunity to prevent certain death was to place the blood of a pure and unblemished sacrificial lamb upon the doorposts of the home. If this was done, it would cause the Angel to “pass over” that dwelling. That final plague, which killed his own first-born son, convinced Pharaoh that he was no match for the God of Abraham, Isaac and Jacob. His acquiescence finally allowed the Israelites to be freed.

To Jews, this is a most precious celebration, as it commemorates an event that led to the transformation of the Israelites from a group of tribal families into a singular nation, under the covenantal protection of God. Also, it directly led to the Sinai event — the giving of the Torah, the revelation of God and his instructions, not only to the Israelites, but ultimately, through the Jewish people, to the world. This chain of events literally changed the destiny of mankind.

Many believers in Jesus also celebrate Passover. It may be a surprise for some to learn that Passover and the other feasts outlined in Leviticus 23 are not described as Jewish feasts only, but as “The Feasts of the Lord … these are My Feasts.”

Even more fascinating is that the most famous meal in history, the Last Supper, in which Jesus and his disciples spent their final time together, was, in fact, the Passover meal that occurred the evening before his crucifixion.

Was this particular Passover event a fulfillment of prophetic significance? For many, the answer is yes — it was no coincidence that Jesus was sacrificed precisely on Passover, as the pure unblemished Pesach Lamb. And, as Servant-Messiah, he willingly spilt his blood to free mankind from the bondage of the spiritual death that sin provokes, just as the blood of the original Passover Lamb saved Israelites from certain physical death and the bondage of slavery.

– Daniel Robitshek is senior rabbi, and he and his wife Tracey are honored to celebrate God’s love with both Jews and gentiles at Sar Shalom Messianic Fellowship in Woodstock.