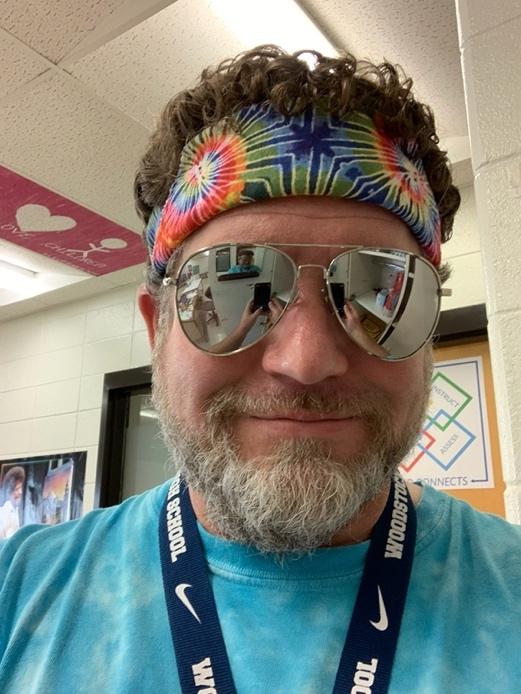 Samuel “Jay” Hunter is a computer science teacher at Woodstock High School (WHS), working to expand the school’s computer science program. He has been teaching for four years, and he is a dynamic individual whose life of service and innovation has proven to be of great benefit to all around him.

His roots began in Georgia. While studying to become a biomedical engineer at Georgia Tech, he was faced with the news of the 9/11 terrorist attacks. Inspired to make a change, he joined the Army shortly thereafter. After spending 13 years in the armed forces and enduring multiple surgeries, he decided to transition into education.

Mr. Hunter received his bachelor’s degree from Kennesaw State University, and he delved into the Cherokee County School District soon after. As a student-teacher at WHS for a year, he fell in love with the Woodstock community and its alluring atmosphere. He utilized his skill set from the Army and National Security Agency to pursue computer science and machine learning. He sought to expand students’ knowledge base of the booming computer science industry and to promote students to take similar courses at WHS.

Through his computer science class, programs such as Amazon Web Services and Microsoft Azure are available to students to get an official certification. This is something Mr. Hunter holds dearly, as this certification allows students to engage in computer science fields and jobs more easily in their college careers and beyond. His entire course curriculum is made and taught by him.

Recently, Mr. Hunter took some data science courses online in order to gain more insight on how to teach to his fullest capabilities. In the future, he plans on obtaining a master’s degree in information technology and a doctorate in computer science education. He also is seeking to expand the computer science program at WHS by implementing new subclasses, such as cloud computing, and new certification programs i.e., Google Cloud. This will expectantly lead students into pursuing fields in game design, machine learning, computing, cybersecurity, artificial intelligence, software engineering, programming and development.

Aside from the classroom, Mr. Hunter incorporates the outdoors heavily in his life. From mountain biking to trekking Mount Rainier, he thoroughly enjoys being immersed in nature and traveling. He is the volunteer coach for soccer at WHS, and he believes worldly experiences allow oneself to gain respect for other cultures.

– Milan Yadav is a senior at Woodstock High School and has a passion for law and political science. He enjoys spotlighting staff members and sports at his school.