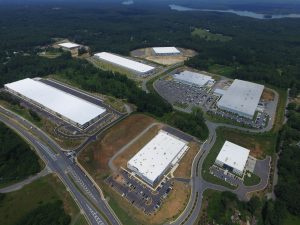 A wise person told me, “The world is run by those who show up.” I’ve recently seen in action a group of citizens who showed up and are making a difference in their neighborhood.

The Highway 92 corridor in southwest Cherokee, between Woodstock Road and I-75, has become an important area for economic development in our county. It started 10 years ago, with an initiative by the Cherokee Office of Economic Development, which purchased and developed land for the Cherokee 75 Business Park. Business parks are the core of the county’s efforts to attract quality jobs. They ensure that, when a quality employer is looking for a place to locate, we have a site ready for them.

Cherokee 75 is highly successful, and already has produced more than 1,500 good jobs. The chance to work closer to home improves the quality of life for those employees, takes pressure off congested highways, and helps keep our tax rates low. As the investment already there is fully phased into the tax digest, it will produce about $2 million in annual tax revenues. Two-thirds of that tax goes to support our school system, without directly putting any students in schools.

But, the industry, and especially the large warehouses in the area, became a concern to some of the residents. These citizens organized, helped elect a county commissioner they felt would be sensitive to their concerns, and asked for a detailed plan to protect quality of life as a condition of further expansion. The Board of Commissioners placed a moratorium through mid-June on new industrial zoning in the area. Through county planning staff, we’ve undertaken to create a detailed plan, with a goal to allow reasonable continuation of the economic development while reasonably protecting residents in the area.

About 30-50 people showed up at each of three public planning meetings. I was concerned their input might be mostly negative. There was a bit of that, but it’s been the minority. Mostly, it’s been good citizens offering constructive suggestions for how to protect and improve their area. Planning staff has done a great job of positively channeling the energy. Working in small groups, participants put pen to paper on their visions for the best development plans. Planning staff is using that input to create a professional plan for the area. I’m optimistic the plan will meet the potentially conflicting goals for the area … a true win-win.

This process has been a classic example of people effecting change by showing up. I’ll add one more dimension to the adage from my wise friend: The world is run by people who show up and engage constructively!

– Harry Johnston, chairman of the Cherokee County Board of Commissioners.