Cherokee County held Patriot’s Day ceremonies today in Canton at the Public Safety Memorial.  The yearly event is held each year to remember those who lost their lives in the September 11, 2001 terrorist attacks.

Patriots’ Day ceremonies were held on this morning at the Public Safety Memorial, located next to the historic Cherokee County Courthouse.  The event is held each year to remember those who gave the ultimate sacrifice during the September 11th terrorist attacks on New York City.

Col. Roy Reed was the guest speaker for the morning’s event.  Col. Reed was the co-pilot of the first plane shot down in Pearl Harbor on December 7, 1941. 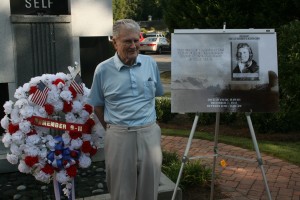 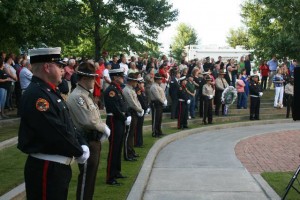 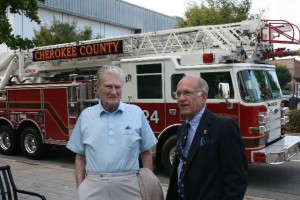