It has been more than five years since my husband, Dennis, and I decided to move from BridgeMill in Canton to downtown Woodstock. A couple of things played into this decision. Our youngest child was entering college and we had more space than we needed, along with a pool we no longer used. However, the most compelling reason to move to Woodstock was we were looking for a place for Dennis to find some independence. Dennis has secondary progressive multiple sclerosis, is permanently confined to a wheelchair, and lost his ability to drive in 2007.

Our move to downtown Woodstock has given Dennis his independence, but we have found so much more! The freedom for Dennis to go places on his own, like the hardware store, the pharmacy, shopping, or just out for a drink without me (I mean, I’m fun but 24/7 of me?), is wonderful. We also have discovered a community in a way we never understood before.

When you live in a place where you are able to walk/roll everywhere, people get physically and emotionally closer. If we are absent from town for more than a few days, I get phone calls of concern. If I’m out alone and look bedraggled and exhausted, people always give me that look that says, “Girl … do you need a therapist, or an ambush makeover?” Then they ask what they can do to help.

I could give you many examples of the warmth and cohesiveness of this community, but I will just share two. One, Dennis had been homebound due to illness for more than a week. My unofficial nurse’s uniform is my pajamas, so that’s what I had on when I remembered I hadn’t gotten the mail. I thought I could sneak to our neighborhood mailbox station and no one would notice. I was walking back when my sweet neighbor popped her head out and asked if everything was OK (since I was walking the street in my pajamas). When I got home I felt a little better; although I was still exhausted and frustrated, I felt safe and cared for in my community.

Another time, Dennis fell asleep in the park while out for a roll. Someone driving by saw him and called the fire department to have them go and check if he was OK. Fire Chief Dave Soumas immediately assumed it was Dennis and went to the park himself to find him. Dennis was no longer there, so he went the extra mile to track him down. He found Dennis rambling around town, just fine. Talk about going the extra mile for the residents of the town you work in!

When we first moved to Woodstock (don’t tell Dennis this), the first day he set off on his own, I followed him in our car, like some kind of creepy stalker. I was worried about him, but I soon realized he was OK; the community was going to watch out for him.
Next month, Leana shares how the city has given them purpose and passion. 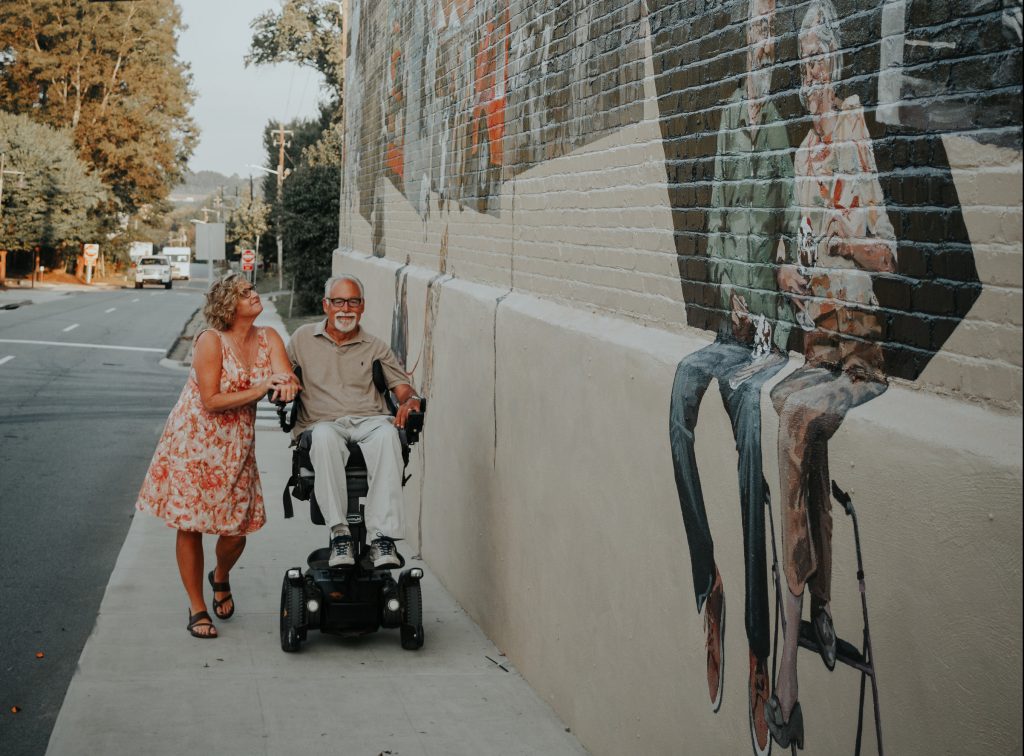