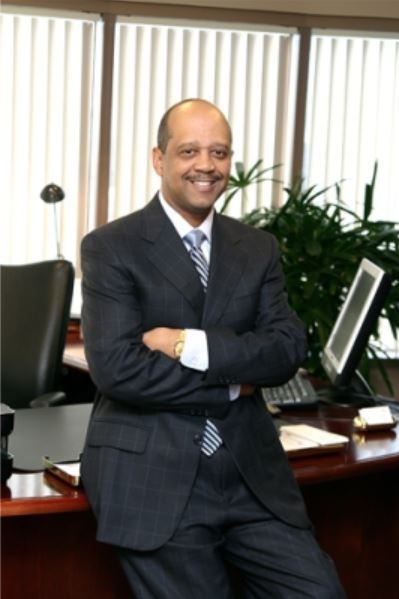 Percy Vaughn was given the MLK Unity Award during the 20th annual Martin Luther King Jr. Unity Breakfast in January at the Northside Hospital Cherokee Conference Center. The annual event recognizes the legacy of one of America’s greatest civil rights icons and draws approximately 500 residents from all racial, political, social and religious backgrounds to promote unity among the citizens of the county. Here are the highlights of the award winner’s accomplishments.

Vaughn was born in Atlanta and graduated from Cornado High School in Lubbock, Texas. He earned his bachelor’s degree from Southern University in Baton Rouge and his MBA from Atlanta University.

After graduation, he worked for Ford Motor Co., fulfilling several managerial positions and increasing his responsibilities over his 10-year tenure. After leaving Ford in 1986, he worked with Hyundai Motor Co. in Atlanta and was promoted to general manager of the Southern Region within six years. In 1995, Vaughn opened the Southern region office for Kia Motors America in Atlanta, where he now serves as the executive director. The Kia Southern Region office has been the No. 1 region for the past 23 years and contributes 37 percent of total sales for Kia Motors America.

Vaughn is also a member of the Cobb Chamber of Commerce Chairman’s Club, received Father of the Year for 2013 from the American Diabetes Association, and is a board member for the Cobb Energy Performing Arts Centre.

Vaughn’s devotion to children, charity and the community is evident in his service. He has been responsible for providing more than $20,000 a year to the Boys and Girls Club of Cherokee County for several years, and has been their fundraising event sponsor. Additionally, under Vaughn’s leadership, Carriage Kia became the 2017 title sponsor of the Allen Temple Annual Scholarship Golf Event, which provides scholarship funds for Cherokee County seniors. He also has been a major contributor to the SISTA elite golf event, which has sponsored young women in the arts and cancer awareness in Birmingham, Ala., for the past 10 years.

Vaughn and his wife, Audree, have two adult children and enjoy spoiling their grandchildren.