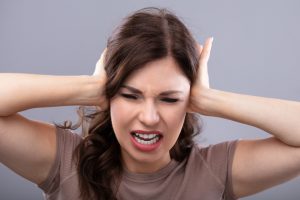 One of the new Board of Commissioners’ priorities is to enact an improved noise ordinance.

The current ordinance applies only after 11 p.m., and it’s too vague to enforce consistently. So, the Marshal’s Office gets lots of complaints they can’t do much about.

Separately, the Special Events Facility regulations completely prohibit outdoor loudspeakers. That’s probably too restrictive. An outdoor wedding usually needs some amplification for voices and music. So, even though it’s illegal, the marshals usually let it go if the sound is at a low level.

We tried to improve the ordinance 10 to 12 years ago, but got such massive resistance that we gave up. We’re trying to go about
it more carefully this time.

One of the difficulties with a noise ordinance is that the sounds that annoy us aren’t necessarily the loudest ones. The most common complaints involve amplified music, gunfire, dirt bikes and industrial operations. Most people don’t mind ordinary and necessary noises like lawn mowing during the day, regular traffic and A/C compressors. But, we don’t like hearing our neighbor’s music, even though it’s quieter than his lawn mower.
The right to own, carry and shoot guns is almost sacred around here, and we’re reluctant to tread on those rights. But, it’s not hunting or moderate target practice that generates the complaints. It’s when someone is abusing their rights by blasting away for hours with thousands of rounds of fully automatic fire.

What we’re looking for is reasonable maximum noise levels for different time periods, with reasonable exceptions. Sound would be measured where it enters someone else’s property. We’re talking about three time periods and standard noise levels as follows:

We’d need exceptions for regular agricultural, landscaping and construction equipment during the day, and, probably, for reasonable rounds of firearms practice during a limited daytime period in areas where gunfire is not otherwise prohibited.

We might exempt all vehicles legally operating on public roads, at least for now; also, school events and emergencies. At night, some normal noises, like regular A/C compressors, might exceed 50 dB and require exemptions. And, catching chickens to send for processing is
a required agricultural activity that’s noisy, and usually done at night.
Common law would allow existing businesses, whose operations depend on making noise, to be grandfathered in legally under the former ordinance. That would include Dixie Speedway and some other more mundane operations.

So, what do you think? We really want to know. Email me at hjohnston@cherokeega.com.

– Harry Johnston, chairman of the Cherokee County Board of Commissioners.