Jake and Angela called me with an urgent request for help. For 11 days, their family’s computer was displaying this message:

“All files on this computer have been locked with an unbreakable encryption key. You have 7 days to pay us $600 for the password. On the 8th day the price will double to $1,200. On the 15th day we will delete the password and your files will be lost forever. There is no other way to recover your files. Virus scanners will not help. Your only option is to pay.”

According to the countdown clock on their screen, less than three days remained.

This computer contained the only copies of 10 years’ worth of invaluable family photos,  all in grave danger of being destroyed. 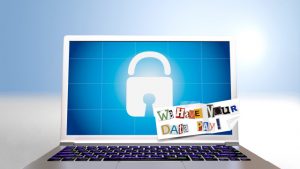 Jake already had tried several things, like purchasing and running virus scanners. But, the message from the criminals was accurate. Scanning for viruses AFTER the infection is too little, too late.

So, they decided to pay the ransom. But that, too, turned out to be more complicated than expected.

Websites on which criminals operate are wildly illegal and unsafe, so they can’t be accessed through a normal web browser like Internet Explorer, Chrome, Firefox or Safari.  The only path is through the seedy underbelly of the internet known as the Dark Web.

Hitmen, drug dealers, human traffickers and cyber criminals are just a few of the folks operating on the Dark Web, because it’s generally untraceable and allows them to hide transactions from global law enforcement.

Beyond that, the hostage takers would accept payment only in the form of Bitcoin, an online, untraceable “cryptocurrency.”

And, the instructions were in broken English and referenced intricate, complicated steps for decrypting the files after paying the ransom.

So, at 4 p.m. on Friday, they hired me to deliver the ransom and rescue their pictures.

I rushed out to get $1,200 cash and buy Bitcoin from an anonymous seller, while praying the seller didn’t steal the cash.

Then, I turned off, unplugged and hermetically sealed every computer in the building before booting the infected computer to get the codes and start brokering.

After 36 hours of back and forth messages with the hostage takers, I recovered the pictures.

Jake and Angela were overjoyed to be reunited with their precious memories. And, they welcomed help securing their system so it wouldn’t happen again.