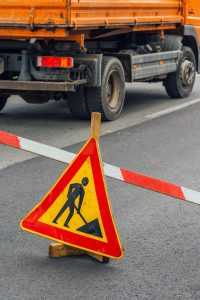 While we have almost everything going for us in Cherokee County, some of our roads, mainly state highways, need work. Thankfully, major improvements are expected to begin in the next two years on State Highway 20 and Bells Ferry Road, including replacement of Little River Bridge.

State Highway 140 is our biggest road challenge without a near-term solution, and it’s my top priority as commission chairman. It is not on the state plan for major improvements until at least 2034. We simply can’t wait that long. The state has communicated it can’t move the entire project into the next five years, but it might try to tackle the Fulton County stretch in six to 10 years. We’re pressing hard for that, and planning more modest, county-sponsored projects on the Cherokee section.

We already have plans to rebuild the intersection of Highway 140 at East Cherokee Drive, starting early next year. We received state funds to pay for a portion of the project. It will provide four through-lanes on 140, plus turning lanes including a never-stop right-turn lane from 140 onto East Cherokee Drive and continuing to the schools.

We just completed a traffic engineering study to identify other Highway 140 improvements to provide the greatest benefit for the cost. The timing fits with an August to October opening to apply for a portion of $75 million in federal transportation grant funds administered by the Atlanta Regional Commission. Along with available county SPLOST funds, we’re optimistic we can win enough in grant funds to improve 140 to meet current needs and get us through the next 10 years.

In the next five years, these are the county’s top priority Highway 140 projects for grants and local funds:

I’m always interested in your thoughts about this and other subjects. Email me at hjohnston@cherokeega.com.