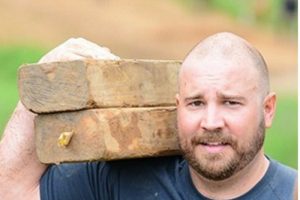 On the evening of July 26, Woodstock resident Kevin Powers, 33, was ejected from his Jeep Wrangler after a one-car accident on I-575.  He sustained a traumatic brain injury (TBI) and minor physical injuries.   Kevin was transported to Wellstar Kennestone Regional Medical Center’s Level II Trauma Center, where he was placed in a medically induced coma until the swelling of his brain subsided and his injuries could be assessed.  A week later, with his family by his side, doctors removed Kevin him from the coma and ventilator, and he spent another week in the intensive care unit.  On Aug. 5, Kevin was transferred to the Shepherd Center in Atlanta to assess his brain injury and begin extensive therapy.

Kevin was raised in Woodstock and graduated from Etowah High School in 2001, where he played football.  He went to Auburn University and Kennesaw State University, and is an account executive at ADP Corp.   Prior to his accident, Kevin was an outdoor enthusiast who loved watersports, camping, hiking and anything that he could do with his son Logan.

Brain injuries require time and therapy to know the extent of the damage and prognosis.  While Kevin has health insurance, recovery from this type of injury at a privately-owned world class recovery center means large medical bills and insurance limitations.  “The decision is clear, and Shepherd Center is the recommended facility that will provide him the best opportunity to recover to full function and once again be the father his son knows, and the family member and friend we all know and love,” said Tom, Kevin’s younger brother.  “We are thankful to live in a part of the country where Kevin can receive care from one of the top ranked TBI recovery centers and remain close to his family.”

Kevin will spend at least five weeks at Shepherd Center in intensive therapy to work on regaining his memory and relearning basic functions.  Hopefully he can eventually move to homecare, where he will require around-the-clock care, a home nursing team and ongoing therapy. 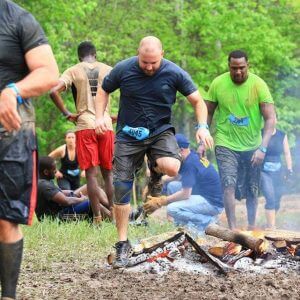 “Kevin has always been a strong, selfless fighter and would never ask for help from anyone.  He would do anything for anyone,” Tom said.  Today, he is in a difficult situation and Everyday Angels wants to help him through it.   At this point we don’t know what the future will hold for Kevin but we want to help so he gets the best care.   The Powers family asks for your prayers for Kevin.  “He has overcome many things but this will be his greatest challenge,” Tom said.  A GoFundMe page has been set up in support for Kevin at https://www.gofundme.com/2hxdeamc or you may donate through Everyday Angels, where 100 percent of your donation will go toward Kevin’s care and you will receive a tax deductible receipt.  All funds will be used directly to pay for medical bills not covered by insurance and home-nursing/therapy required to maintain his care and improvement when he returns home.