The Etowah Varsity lacrosse fall team entered the Double Stixx fall league championship as the number two seed based on play during the regular season.   The team earned a bye for the first round and took on Mill Creek as their next opponent.  Etowah overpowered Mill Creek to advance to the championship game against West Forsyth.  From the first faceoff Etowah controlled the game and never looked back.  Congratulations to the fall Varsity players and coaches!

The Etowah Boy’s JV team finished the Double Stixx fall season with a winning record of 6 wins and 1 loss which earned them the number one seed for playoffs.  The team defeated West Forsyth in the first game and went on to beat Harrison for the championship.  Congratulations to all the coaches and JV players! 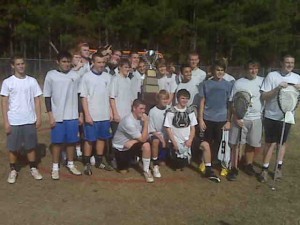