Unlocking a New Life and Passion

Last year, Elm Street Cultural Arts Village brought 25,000 visitors to downtown Woodstock with its award-winning theater and outdoor concerts, and gave free performances for more than 11,000 Cherokee County school children. In the past three years, the organization has garnered 60 nominations and six wins at the Metro Atlanta Theater (MAT) Awards, including Best Actor (Garrett Taketa as Lennie in “Of Mice and Men,”) Best Actress (Kate Johnson as Alice Murphy in “Bright Star”) and Best Musical Ensemble for “Bright Star.”

Yet, it is arguably not the arts experience that makes Elm Street remarkable. It is the “people experience” — the good will and friendships forged every day between people, often wildly different from one another, who work together, shoulder to shoulder, to create beautiful works of art.

– Ann Litrel, a local artist and serves on the Elm Street board of directors. 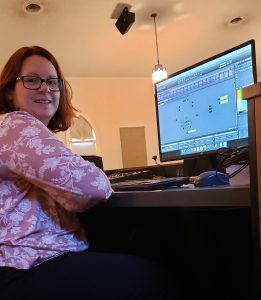 Mother of Four Restores Passion for Life at the Tech Booth
“There is something about doing light design that just filled me up — even my husband noticed how happy I am.”

Beth, a social worker and mother of four, relates that sometimes she felt “all used up.” She decided to try something new: She met with Elm Street staff, who, learning of her production background, suggested light design. “I didn’t realize I have an eye for lighting, but Brian Gamel [Elm Street production manager] has literally been my mentor, walking beside me the whole time. Now, I’ve designed five or six shows. The first show I worked on was “Black Comedy,” and we got a MAT Award!

“They are amazing people at Elm Street. I’ve always felt encouraged and supported … I feel like I’m fully living my life!” 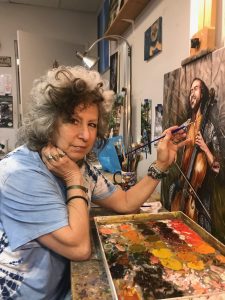 “Painting woke me up to creativity and gave me a new purpose in life.”

Barbara was working as an art director for Matria Healthcare of Marietta when she was diagnosed with multiple sclerosis (MS) in 2000. By 2004, her MS was full-blown, and she was put on disability. “My whole career was gone. I was in a really bad place. I was battling severe depression. I felt like my life was over.”

Barbara describes herself as “wandering around Woodstock’s streets aimlessly” when she saw a flyer for a painting class taught by artist Deborah Tidwell. “I hadn’t painted in 35 years. And I thought, ‘Maybe this could help.’” Barbara began to paint under Debbie’s mentorship, working to master first the mechanical aspects and then the elements of color. “I’ve stayed with her classes through all these years and, not only have I learned to paint, I feel like I’ve become part of the Elm Street family — and that means the world to me.

“I should really be in MS relapse by now — but I’ve kept myself vital and busy. I think that’s why I’m still going strong.”

Pastor Explores Improv and Brings It Into His Ministry

“In pastoral work, you can get into a bubble. Elm Street has given me a chance to be in a community where we may not all see eye to eye … but we work together for the joy of entertainment.”

Byron acted in high school productions, but it was not until his children expressed interest in theater that he became involved again as an adult. From there, Byron made his way into i-Think, the Improv Troupe.

“As a pastor, I’ve never had a problem standing up in front of people. But improv is a different skill set. You work without a net — and sometimes you fall flat. But it breaks down barriers! … I get outside my bubble with people I might not otherwise meet. I love the people that are there.” 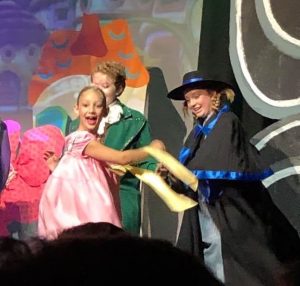 Actor and Director Finds a Second Family for Her Children

“As in any coaching environment, you want the truth spoken to your children about how they can improve. But, at the same time, you want it to be constructive and encouraging.”

Allison, a veteran actor and director, explains, “When my daughters are in a show, they are there sometimes 6, 8 hours at a time. But I trust [Elm Street staff] Siobhan, Christopher, Justin with my children — not just their [physical] well being. When a show is over, we call it “The Great Mourning” at our house, because my daughters miss their theater family so much.”

The director for the summer musical, ”Wizard of Oz,” Allison describes the environment of Elm Street: “What they were asking me to do was to reach for excellence, as a performer AND as a human being. … I asked the cast to be a family and for us to reach for the sky … and I think they created something truly beautiful.” 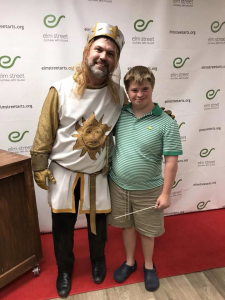 “Learning to design sets and helping others has had an effect on my work — risk-taking and creativity seem easier because of this outlet outside
my day job.”

A software systems engineer, Brad waxes enthusiastic about the “hands-on” experience of building sets and leading scenic design for the theater at night. “Sitting at the computer pays the bills, but making sawdust and building something is freeing. It’s OK if it’s not absolutely perfect — the process teaches you that you can make the imperfections part of the character of the sets.”

A talented actor, most recently appearing as King Arthur in “Spamalot,” Brad admits he never expected how much fun he would have mentoring others in set design. “For some people, learning to use a drill is a big thing!

“I got into scenic because I needed a release from regular life, but the irony is, I’ve actually ended up applying it to real life at work. Having a place to let loose relieves stress.

“It’s cheaper than therapy — and a lot more fun!” 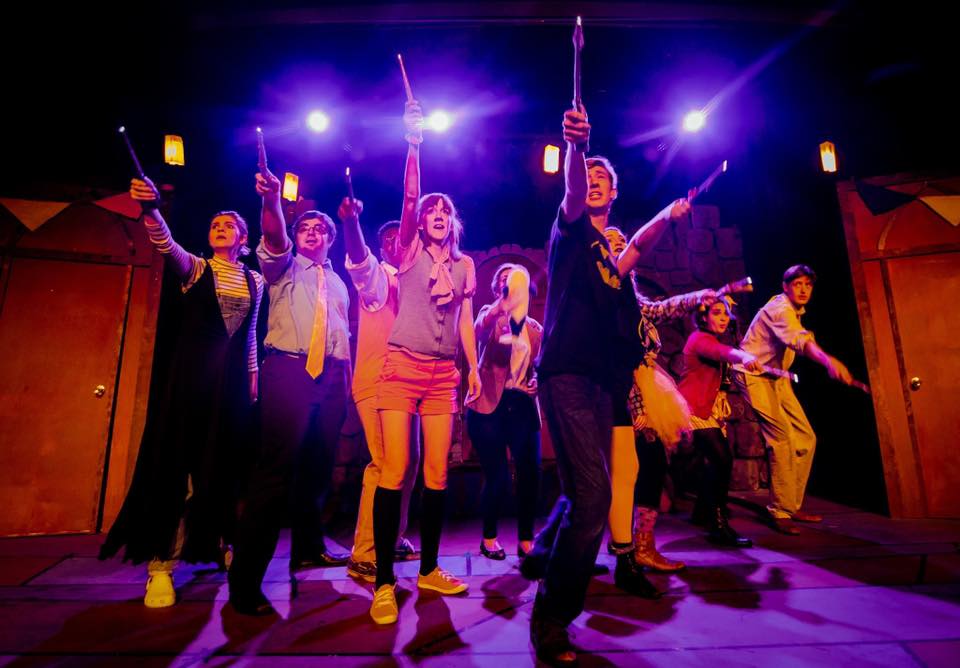