The state of Georgia has a long tradition of being home to some excellent college football teams. We are fortunate to have two universities in our area that are building championship-level football programs. 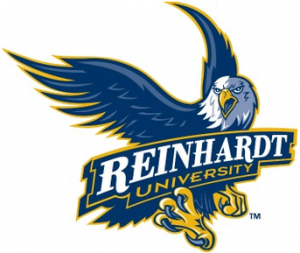 The Reinhardt University Eagles are looking to build on a phenomenally successful 2017 campaign. Led by first-year head coach James Miller, the Eagles finished their season with a record of 13-1. They capped off an undefeated regular season, easily winning the Mid-South Conference with three straight playoff wins at Ken White Field in Waleska, including a thrilling, 37-34 double-overtime win over Southern Oregon University. Unfortunately, Reinhardt came up short at the NAIA National Championship game in Daytona Beach, Fla., with a 24-13 loss at the hands of the University of Saint Francis, to finish the season ranked second in the nation.

Miller, a former college football player at Virginia Tech, has been with Reinhardt since 2014. He also has served as the program’s recruiting coordinator, in addition to being the assistant coach in charge of the offensive line.

He has used that experience to develop a dominating running game. This year, the Eagles averaged 350.5 rushing yards per game to lead the NAIA Division, while averaging 46.2 points per contest.

Paving the way for the rushing attack were two first-team AP All-American offensive linemen, Xavier Carter and Trey Coney. In addition, Carter won the Rimington Trophy, given each year to the nation’s most outstanding offensive center.

On the defense, the team was led by second team All-American defensive end Tevin McCoy. He was named the conference defensive player of the year.

At the conclusion of the Eagles’ record-breaking season, Miller signed a three-year contract extension that will keep him at Reinhardt through 2020. With recruiting season and preparations for spring practice in full swing, he laid out his expectations for the coming year:

“The offseason has been very busy for our staff,” Miller said. “Playing in the championship game, we got a late start getting on the road recruiting and in front of kids across this great state, but we have worked extremely hard to see as many kids since Dec. 16. We have a lot of really good kids committed, and must continue to work hard. Our guys on campus have been training their butts off every day since they got back on campus Jan. 9. We will start drills in February and spring ball March 15.

“We must continue to work hard and keep our nose down to achieve our goals. Our expectations for next year are to pay the price for success. All we can focus on is the process, not the outcome, and we will work hard to achieve that.”
For up-to-the-minute Eagles sports news, follow Reinhardt Athletics on Facebook (@ReinhardtAthletics), Twitter (@RU_Eagles) and Instagram (@ru_eagles).

Just a short drive down the road from Reinhardt, the Kennesaw State University Owls completed a record-breaking season in Big South Conference football. The Owls are coming off a program-record 12-2 overall campaign, which included a string of 12 straight victories. The team was the first KSU squad to advance to the NCAA Division 1 Football Championship Subdivision (FCS) quarterfinals in just its third year of existence, defeating three ranked opponents along the way.

The season came to an end at the hands of sixth-ranked Sam Houston State in a 34-27 loss in Huntsville, Texas. The 12 wins tied a Big South Conference single-season record, and the school’s appearance in the FCS Playoffs quarterfinals marked the farthest a KSU team has advanced in the NCAA postseason since moving to the Division I level in 2005-06.

In only his third season, Coach Brian Bohannon guided Kennesaw State to a Big South Conference championship and a No. 8 final ranking in the STATS FCS Poll. In addition, he was named the 2017 AFCA FCS coach of the year by the American Football Coaches’ Association.

Bohannon has built a program that produced the nation’s No. 1 ranked rushing offense, totaling 4,623 yards, or 330.2 yards per game, in 2017. They became the first team in Big South Conference history with 4,000 yards on the ground in a season. On the defensive side of the ball, the Owls finished the season ranked first in turnover margin, second in interceptions and seventh in scoring defense in the FCS.

Thompson was the fourth Owl to be named to an All-America Team this postseason. The junior place kicker garnered Big South special teams player of the year and league all-conference honors.

Although its historic season came to a disappointing conclusion, KSU plans to remain a force at the national level as it continues to build the program in the coming season.