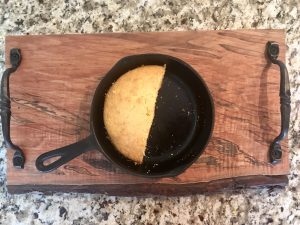 People have strong feelings about their cornbread. We know because they told us.

We asked, in a Facebook poll, what local folks thought about how cornbread should be served: sweet or savory? Or regular as some refer to it. The line was clearly drawn in the cornmeal, one might say.

It’s not just our neighbors who hold strong opinions on the subject, either. I talked to friends and family from all over the country, and it is clear: People love “their” version of cornbread the best. Some say it’s sacrilege to put a granule of sugar in the recipe, while others believe a spoonful of sugar (or more) turns cornbread into sweet manna from heaven.

There is no wrong answer.

These opinions also seem to have a clear demarcation between Northern and Southern states. So, since I don’t want to start any family feuds, or divide friends and neighbors, I proudly present my recipes for both versions. Try them both and let me know – sweet or regular? There is no wrong answer. Just make sure you use a cast iron skillet, because if you don’t, those might be fightin’ words!

Of those who responded to our less than scientific poll, here were the results.

A few of your comments:

“As a lifelong Cherokee County resident with deep southern roots, cornbread should not be sweet, and it should be cooked in a well seasoned cast iron skillet with crispy buttery edges!” – Theresa

“Pretty sure it’s against the law in the South to even ask this question.” – Bill

“A spoonful of sugar and sometimes a small can of corn.” – Loretta

“Only way to make it is with buttermilk and NO sugar! The bottom should be slightly crispy and always cooked in an iron skillet.” – Kim H.

I don’t care what anybody says. I love it sweet!” – Kim

“Sugar does not belong in cornbread.” – Tammy

“The recipe on the bag has sugar. I use maple syrup instead. Probably go to hell.” – Hal

“Not sweet and made with bacon grease.” – Melanie

You Be the Judge

Directions
Place a tablespoon of shortening in a cast iron skillet and place in the oven while it preheats to 425 degrees. Mix flour and cornmeal together in a bowl. In a separate bowl, beat eggs, milk and melted shortening. Add to dry mixture and stir just until batter is combined. Don’t over stir. Your batter should be a little lumpy.
Remove skillet from oven and carefully pour batter into it. Bake for 25-30 minutes or until a toothpick inserted into the middle comes out clean.

Sweet Cornbread
Ingredients
• 1 box of Jiffy Corn Muffin Mix
• 1 egg
• ⅓ cup of milk
Optional: 1 to 2 tablespoons of sugar. The mix is sweet enough, but for those who like it sweeter, you can add extra. I won’t judge!

Directions
Preheat the oven to 400 degrees. Grease the pan or use paper baking cups if making muffins. Blend all ingredients. Batter will be slightly lumpy. Pour into the pan and bake for 15-20 minutes or until golden brown. 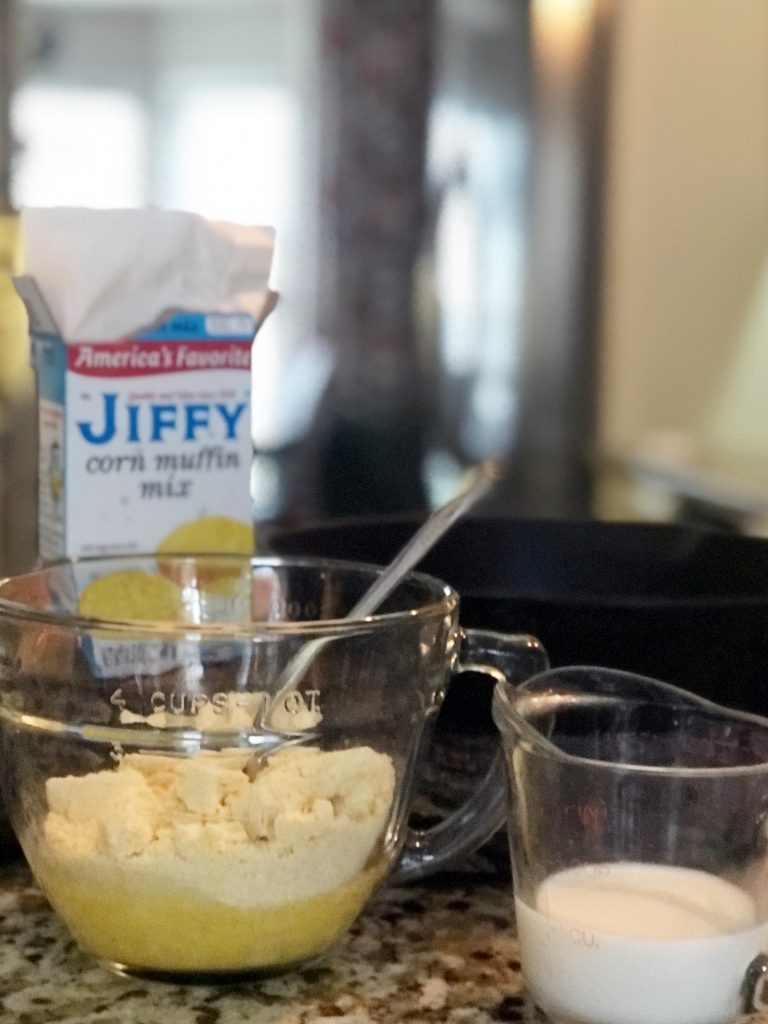 Every year, since 1997, the town of South Pittsburgh, Tennessee, celebrates the virtues of cornbread with the National Cornbread Festival. It’s a natural fit because the town is home to Lodge Manufacturing, maker of the well known iron cookware.

The annual festival hosts thousands of visitors who enjoy live music, arts and crafts, a 5K race, classic car cruise, cornbread eating contests, tours of the Lodge Cast Iron Foundry, and Cornbread Alley – where, for a small fee, you can eat your fill of cornbread.

This year’s festival was cancelled, but they hope to be back next year. All proceeds from the festival are distributed back into the community to support local businesses, schools and nonprofit groups. For more information, visit nationalcornbread.com.