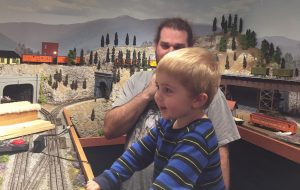 It’s a safe bet that many of us can recall a parent or grandparent having a toy train when they were a youngster. Toy trains became popular in the United States around the turn of the 20th century. By the 1950s, a train set in the house was about as commonplace as a video game console is today, and the Lionel and American Flyer brands were household names. Toy trains began to fall from their peak of popularity as the 1960s began. By the time I was born in 1976, they were far removed from the minds of most kids.

While I always considered trains interesting, they certainly were not a priority in my early childhood. Still, I always had an interest in two things: gadgets and old stuff. So my interest in toy trains was ignited when my father began to tell me tales of his childhood Lionel train set from the 1950s. I was fascinated by the history and the gadgetry of the trains he described to me. Unfortunately, those trains were buried away at my grandparents’ house and we never had time to look for them. A few years later, my grandparents passed away and the family began the task of clearing out their house. I figured this was a good a time to search for the trains I had heard so much about. I eventually found them, took them home and began the process of cleaning them and getting them into operating condition. From that point on, I was hooked. During the years I have slowly moved from running “toy” trains to running more realistic looking “model” trains, but I still feel the same youthful excitement I did all those years ago.

In 2007, I bought a house in the Towne Lake area, and I began building a new and expansive train layout. I later discovered that the local chapter of the National Model Railroad Association had begun an annual Tour of Layouts in the Atlanta area entitled the Piedmont Pilgrimage. The purpose of the pilgrimage is to promote the hobby by opening up layouts to the public. The tour is held every fall during a series of weekends and now consists of more than 80 train layouts. Each weekend of the tour features several layouts, grouped by geography, so visitors can easily travel to multiple layouts on the same day. I joined the Piedmont Pilgrimage in 2011, and I’ve been a regular stop on the tour since.

Opening my layout to the public serves a couple of valuable purposes. First, it’s a great way to get young kids interested in a hobby that is entertaining and educational. Second, it’s just a whole lot of fun! Last year we had more than 300 people come through. Some of them were repeat visitors from previous years, while others were first timers. Visitors were not only from the local area but also from across the country … and even a few from overseas! This year’s open house will be 10 a.m.-6 p.m. Oct. 14 . Admission is always free. For more information about the Piedmont Pilgrimage tour of layouts, visit www.piedmontpilgrimage.com. For more information on my train layout, visit www.ericstrains.com. 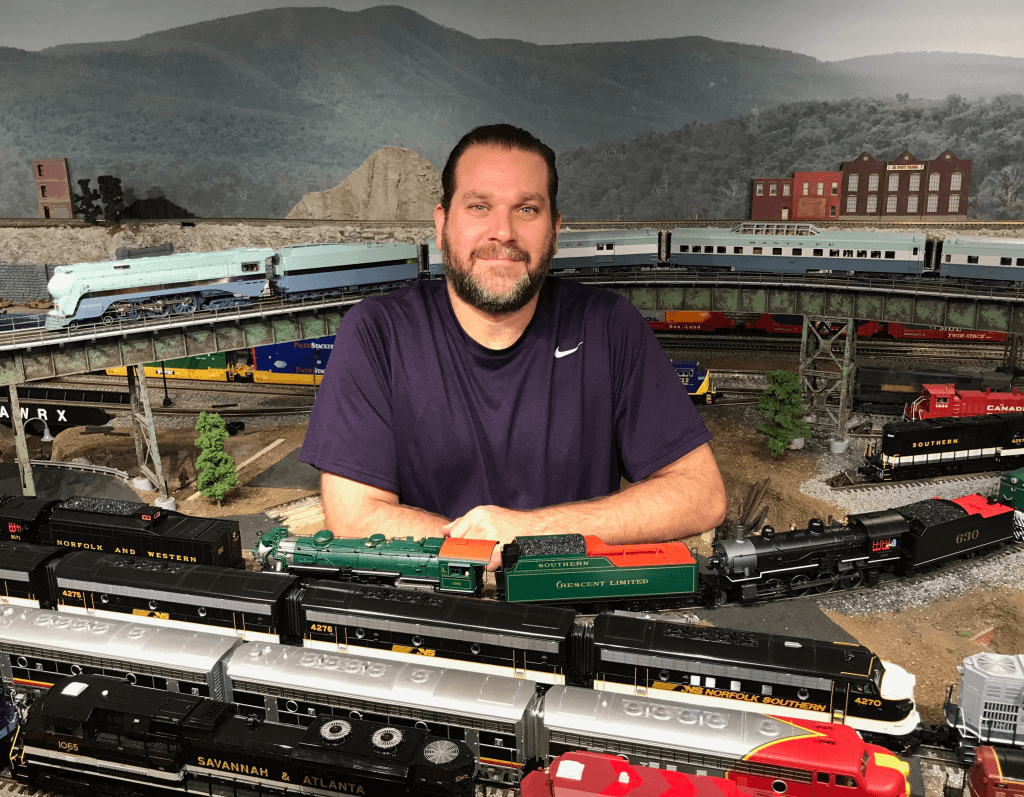