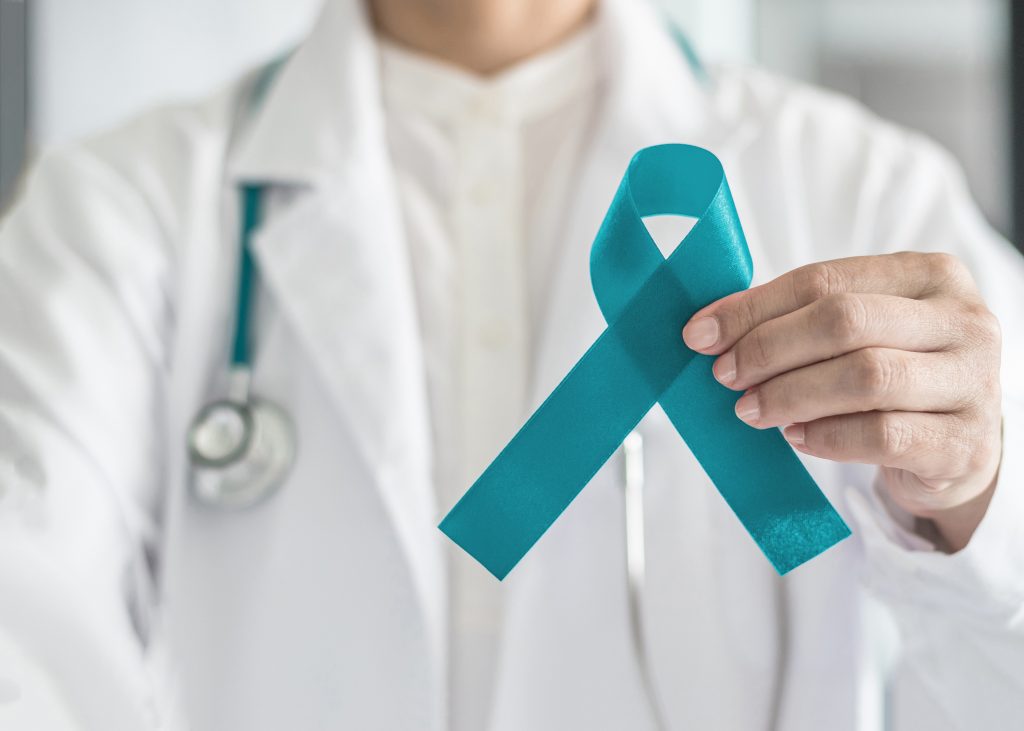 Raising Awareness for Screening and Prevention

January is Cervical Cancer Awareness Month, which aims to raise awareness of symptoms, latest research and spark conversations about its cause, prevention, diagnosis and treatment. An estimated 14,100 women will be diagnosed with cervical cancer this year, with approximately 4,280 women succumbing to the disease.

Studies have shown the HPV vaccine can prevent more than 90% of cancers caused by the virus from ever developing, preventing an estimated 33,000 cases each year. The Centers for Disease Control and Prevention recommends all individuals ages 11 or 12 should receive two doses of the HPV vaccine, increasing to a recommended three doses for those receiving the vaccine between ages 15 to 45. While most HPV infections spontaneously resolve themselves, some HPV infections can persist for many years, leading to precancerous changes in the cervix that can progress to cancer if not treated.

These persistent infections are more likely to occur in those with a weakened immune system, patients who smoke or experience secondhand smoke, and those who begin sexual activity at a young age.

Currently, physicians screen for cervical cancer in three ways. First, they might use a Pap test or cytology, which examines cells from the cervix to see if they demonstrate changes caused by HPV. Next, they could use an HPV test, which tests cells from the cervix for infection with the virus. Finally, a physician might use co-testing, which uses both the HPV test and the Pap test in order to check for both high-risk HPV cells and changes in the cells.

Physicians generally follow guidelines crafted by several organizations to determine which type of screening to use. For example, the American Cancer Society recommends screening starting at 25 years old, with an HPV test every five years until age 65, and co-testing being an acceptable alternative. The U.S. Preventive Services Task Force, however, recommends screening with cytology alone every three years, starting at age 21, before adding HPV or co-testing every five years, or cytology every three years after age 30.

Women with pre-cancer of the cervix or early-stage cervical cancer tend not to experience any symptoms. As it progresses, the most common symptoms include vaginal bleeding (e.g., bleeding after intercourse, bleeding between periods or having heavier or longer periods), unusual vaginal discharge, pain during intercourse, pelvic or back pain and difficulty urinating or having a bowel movement.

Treatment for cervical cancer depends on the cancer stage, and if it is limited to the cervix or has spread to other tissues. For the earliest stages, a simple surgery may be the mainstay of treatment. For later stages, treatment includes radiation combined with chemotherapy. Immunotherapy also is playing a growing role in the treatment of cervical cancer, which recurs after primary treatment with a combination of surgery, radiation and chemotherapy.

Cervical cancer is preventable, and even curable if detected early. If you are due for your annual gynecologic exam and Pap smear, make an appointment today. If you are experiencing any unusual symptoms, consider calling your primary medical provider. These calls may save your life.

– A Northside network provider, Dr. Michelle A. Glasgow, is board-certified in obstetrics and gynecology and gynecologic oncology. She sees patients at Atlanta Gynecologic Oncology in Canton.