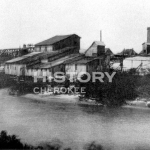 Mark Twain went out West during the California Gold Rush, and, as was the case with most of those who did so, the only real wealth he returned with was the rich memories of his many adventures, some of which found their way into his stories. His experiences there gave rise to two of his more popular quotes, the first of which is “A mine is a hole in the ground with a liar … END_OF_DOCUMENT_TOKEN_TO_BE_REPLACED 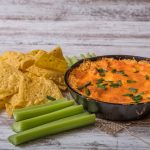 If you’re making a spread of appetizers for your Super Bowl party, here are six touchdown-worthy recipes, with six ingredients — or less! — to make preparations for the big game as smooth as possible. If one of your New Year’s resolutions was to eat healthier… let’s just call this a cheat day. Don’t throw a flag yet; spinach is an ingredient in one of the recipes. Bye-Bye … END_OF_DOCUMENT_TOKEN_TO_BE_REPLACED 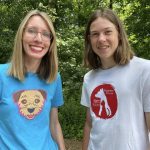 I interviewed Megan Wargula, Woodstock resident and author of the “Riley Carson” books, which are middle school mysteries. She also is the co-host of the “Dog Nerd Show” podcast. She interviewed me for her podcast, too, and you can find the podcast with me talking about Rob’s Rescues on Apple Podcasts. Tell us about the “Riley Carson” books. I have written three books that … END_OF_DOCUMENT_TOKEN_TO_BE_REPLACED 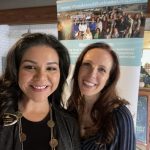 Aroundabout Local Media’s mission statement is to “help local businesses grow and prosper by offering affordable advertising opportunities in a quality publication that provides positive, relevant information to our readers.” Using this as a plumb line for all that we do, on the advertising and editorial sides of our company, we created a new feature. Once a quarter, we will … END_OF_DOCUMENT_TOKEN_TO_BE_REPLACED 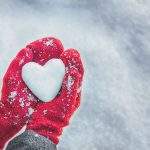 Many of our friends and neighbors struggle financially every day, and the holiday season is especially difficult. As Christmas approaches, the needs among local nonprofits have increased as the directors and volunteers are working to make sure everyone has a great holiday season. Here’s a list of organizations devoted to helping others. Please do what you can to help, whether … END_OF_DOCUMENT_TOKEN_TO_BE_REPLACED