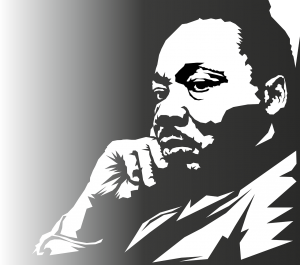 Jan. 18 will mark the 35th anniversary of Martin Luther King Jr. Day becoming a federal holiday. King was born on Jan. 15, 1929, in Atlanta, but the holiday is marked every year on the third Monday in January.

• Plan a visit to The King Center in Atlanta.
https://thekingcenter.org/

“The King Library and Archives in Atlanta is the largest repository of primary source materials on Dr. Martin Luther King Jr. and the American Civil Rights Movement in the world.”

• Participate in the MLK Jr. Day of Service.

The Martin Luther King Jr. Day of Service Celebration in Acworth begins at 9 a.m. Jan. 18, with a unity walk from the Roberts School Community and Education Center to the Acworth Community Center, followed by a celebration program with the theme “helping thy neighbor.” Following the program, there will be no in-person community service project. Instead, you are encouraged to spend the remainder of the day “as a day on, not a day off.” Volunteer your time or resources to help improve the community, and share a photo or message with the hashtags #AcworthDayofService #MLKDayofService. RSVP to MLKday@acworth.org.

If you can’t find a local day of service event, create your own. Gather friends, family and friends and reach out to a local nonprofit organization to see how you can help. You can find a list of organizations on Page 82.

• 1968 − Rep. John Conyers introduced the first motion to make King’s birthday a federal holiday, just four days after King’s assassination in Memphis. It took another 11 years for the federal holiday to come up for a vote in the House of Representatives in 1979.
• The bill needed a two-thirds majority to pass, but it fell five votes short with a 252-133 count, despite a strong organizational effort from the King Center, and support from Congress members and President Jimmy Carter.
• 1981 − Musician Stevie Wonder helped by releasing the song “Happy Birthday” to promote the holiday. He would later sing it at the Martin Luther King, Jr. Memorial dedication in 2011.
• Nov. 3, 1983 − President Ronald Reagan signed a bill marking the third Monday of January, as Martin Luther King Jr. Day, according to the center. The holiday was to begin in 1986.
• January 1986 – The first national Martin Luther King Jr. holiday was observed. By this time, 17 states had already enacted King holidays.
• 2000 – The first year the holiday was observed in all 50 states.

It’s Time to Measure Up to Dr. King’s Dream

Each year, the third Monday of January is set aside to celebrate the life and legacy of Rev. Dr. Martin Luther King Jr. Additionally, in conjunction with our elected officials of Cherokee County, Allen Temple AME Church celebrates him as well. This year, due to the pandemic, we are unable to gather as we normally would. However, we do not want to allow this day to pass without still taking the time to celebrate Dr. King.

Dr. King was arguably the most influential figure during the Civil Rights movement, and he was responsible for championing a movement that changed our country forever. As we gather this year, 53 years after his tragic death, we cannot help but look at how far we have come — and how far we have to go.

Right now, our country is in the midst of overwhelming division along political, social and racial lines. In fact, we are so divided, that in many instances our country does not look much different than it did during the life of Dr. King. So, as we pause to celebrate his life and legacy, the question still remains: Where do we go from here?

One of my favorite quotes of Dr. King states, “The ultimate measure of a man is not where he stands in moments of comfort and convenience, but where he stands at times of challenge and controversy.”

Currently, the United States of America is being measured by the entire world. Nations are looking at us, the principles of our democratic system, the premise of liberty and justice for all, and the promise of life, liberty and the pursuit of happiness. And, as they look at us, they see us falling short in many areas. It is time for us to measure up.

We are in the midst of challenge and controversy, and this is not a time to run and hide, but a time to stand and deliver. It is time for us to stand up to racism, stand up to injustice, and stand up to oppression, and deliver the principles of our democracy, the premise of justice for all, and the promise of life, liberty and the pursuit of happiness.

However, this will not occur unless we embrace the beginning of Dr. King’s quote stating that the ultimate measure is found in the individual. Before we measure our country, let us first measure ourselves. And, when we measure ourselves, we are led to another quote from Dr. King which states, “Whatever affects one directly, affects all indirectly. I can never be what I ought to be until you are what you ought to be. This is the interrelated structure of reality.”