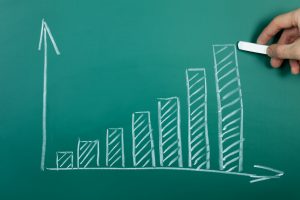 For the second consecutive year, Cherokee County remains the fastest-growing county in metro Atlanta, according to the latest 2019 population estimates for the region by the Atlanta Regional Commission (ARC). I don’t have statewide numbers, but it’s clear we’re the fastest-growing large county in the state.

Cherokee County remains a highly desirable place to live. We have low taxes, and great schools and public safety services. And, I believe, we’ve done a better job than other fast-growth counties of preserving our quality of life. We still enjoy a small-town and community lifestyle, where we feel safe and comfortable to live and raise our families.

The challenge is, this level of growth makes it harder to sustain the quality of life we all enjoy so much. If we’re not careful, our success could become our downfall.

For 12 years, a majority of our Board of Commissioners has favored reasonable restraint in the county’s residential growth and development. Our land use plans aim to hold population growth at or below 3%, mainly by limiting the areas for high-density residential development. But, we’re still seeing some high-density development that was approved prior to those 12 years. City annexations also play a part in the higher growth rate.

Canton and Woodstock mostly have been restrained in their annexation for the past 10 years. While, in the past, Holly Springs approved annexations and higher-density development reaching far into eastern Cherokee County, they recently have shifted toward a more moderate approach to growth management.

Woodstock’s recent annexation on Arnold Mill Road is an example of when county and city officials do not agree. But, recent discussions with city leaders indicate hope for a new and better level of city-county cooperation on growth. I’m optimistic we all truly can work together going forward to keep Cherokee great as we grow!

As always, I want to hear from you. Email me at hjohnston@cherokeega.com.

– Harry Johnston, chairman of the Cherokee County Board of Commissioners. He’s a retired CPA and accounting manager, and a former district commissioner.